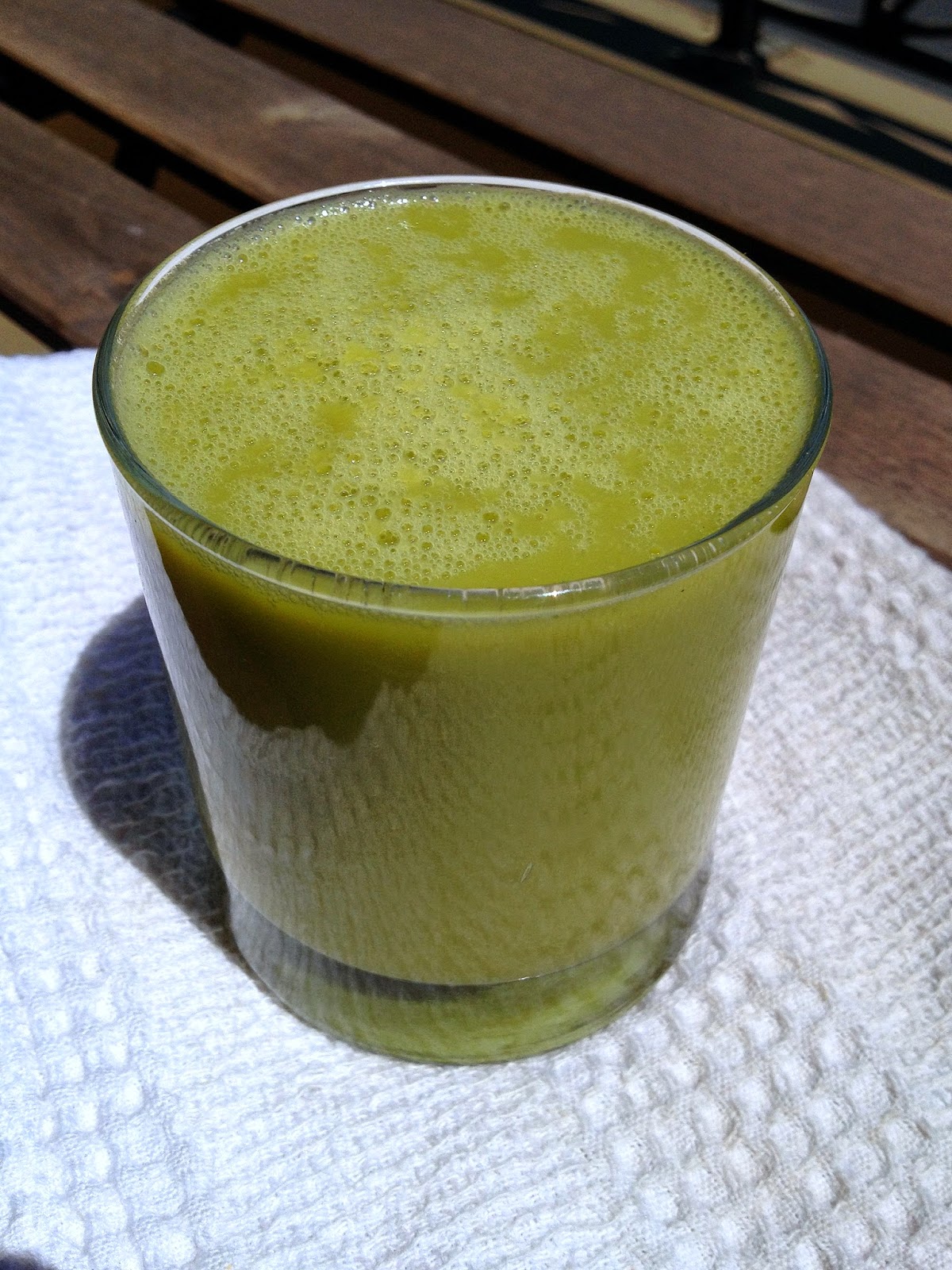 It's well-known that reducing inflammation internally and topically is one of turmeric's many many salient and healing qualities. In addition to it's quality of imparting a beautiful golden hue to foods, turmeric is used in nearly all Indian savoury foods, because Indian cuisine is rooted in Ayurveda, in which turmeric is revered for it's medicinal and immunizing properties. The beneficial compound in turmeric - curcumin - is fat soluble (not water soluble), so in order to get the best of turmeric, it should be combined with a bit of fat. In my turmeric smoothies I generally add up to 1 tbsp. of hemp hearts, flax seeds, flax oil, coconut oil, or ghee (in savoury smoothies).

However, if you don't want to add fat, you'll still get plenty of Vitamin C, a water soluble compound, from fresh turmeric. So do add it to smoothies as often as you please.

In India internal and topical use of turmeric is ages old, and now it's increasingly being used in the West. When I was at university, I was working on a research project for developing artificial human tissue from the intestinal submucosa of pigs since pig mucosa is closest to human. Anyway in the course of that project I met a woman from Bristol Myers Squibb (BMS) who was delighted to tell me (since I'm Indian) that BMS is developing a turmeric-based skin care cream for reducing/removing facial hair. I was quite delighted as well, though perhaps a hair less than her. Face masks with turmeric and yogurt are commonly used in India for reducing facial hair and brightening and cooling the skin in the summer. 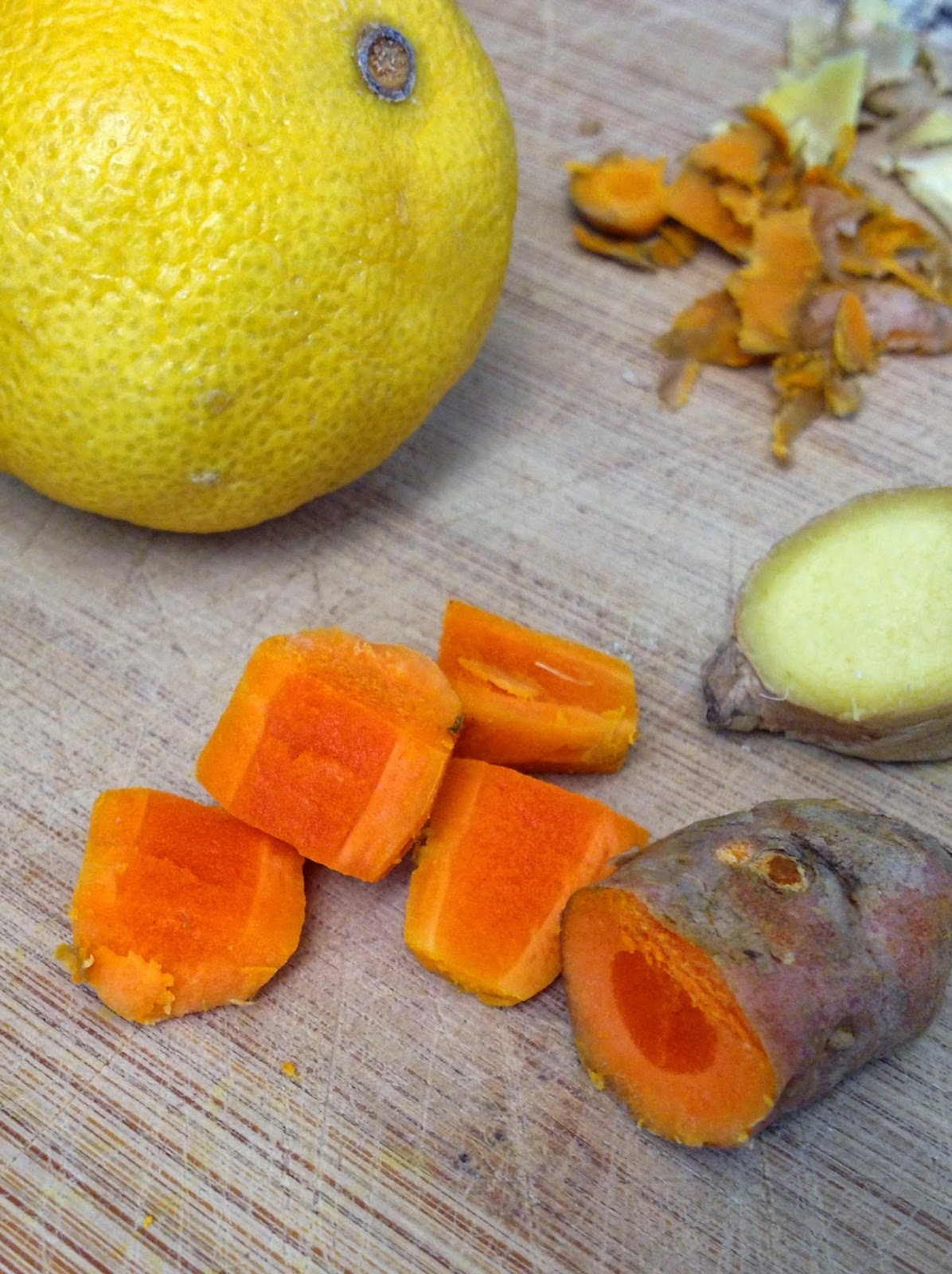 Sliced fresh turmeric root marinated in lemon juice and salt is also eaten as a relish in India. Generally though, when taken internally, turmeric is paired with a fat to enable assimilation of curcumin compounds. Powdered turmeric used in cooking is briefly sautéed in ghee or oil before other spices and ingredients are added. In this smoothie, I added a tsp. of hemp hearts as the fat along with raw turmeric. If you don't have hemp, you can add a tsp. of coconut, olive, or flax seed oil, or flax seeds to the smoothie.